Office closes due to blizzard

Official Investigations & Security Services, Inc. had to close it's office today due to a blizzard affecting the Greater Cincinnati area. 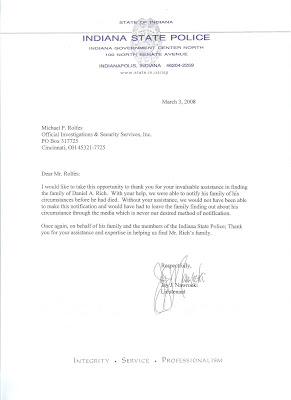 Official Investigations & Security Services, Inc. located in Cincinnati, OH will be awarded a police accomodation for assisting the Indianapolis post of the Indiana State Police in locating the family of a man who committed suicide on Tuesday, February 26, 2008.
at March 03, 2008 No comments: