Kristen Kurtz released from the custody of the Hamilton Co Sheriff 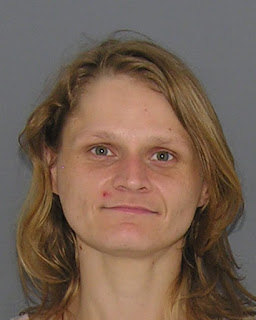 was released from the custody of the Hamilton Co Sheriff
after Judge West lowered her bond to OR with Electronic Monitoring
from the original $50,000 bond that he set in April.
She will have to wear an ankle tracking device until her cases are resolved.

In addition, Ms. Kurtz's parole was reinstated by the Ohio Parole Authority
on May 9, 2012. However, upon a new conviction she may be subject to new
parole violations and sent back to prison.

Kristen Kurtz has been arrested and is facing additional drug charges

OFFICIAL INVESTIGATIONS & SECURITY SERVICES, INC.
IS PLEASED TO ANNOUNCE THAT KRISTEN KURTZ WAS ARRESTED ON MAY 9, 2012, BY CINCINNATI POLICE WHILE SMOKING CRACK COCAINE IN A VEHICLE.